What to capitalise when you write for the web 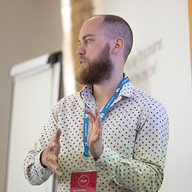 Of all the things that people struggle with when writing, capitalisation is somewhere near the top. For some reason when faced with the decision whether to capitalise a word, many of us seem to panic and take the 'more is always better' approach, scattering capitals around in the belief that they won't do any harm.

The misuse of capital letters is a problem because proper capitalisation helps to convey meaning and avoid misunderstandings. Along with punctuation and spelling it helps to convey subtle but important details that would normally picked up in the nuances of speech. When you use capitals inappropriately you risk introducing ambiguity to your writing, which makes it harder to read.

I love this new apple tablet.

Without context, the writer could be referring to some new health food product containing some kind of apple extract.

But, when we capitalise 'Apple' it becomes clear that the writer loves the new tablet from the company Apple Inc.:

I love this new Apple tablet.

So, how do you go about using capitals properly?

Like most aspects of writing, there are some basic rules that always apply when it comes to capitalisation. You should always capitalise these things:

There are also some exceptions to these rules. Sometimes – like with titles and job titles – this is a matter of style, and will change depending on the style guide you are using. In other situations the use of capitalisation has evolved because of the changing nature of language. This can make it tricky to determine the correct usage. Here are some scenarios that often cause problems for people and how to deal with them.

Our company style guide recommends sentence case for titles and subtitles. This means we only capitalise the first word, along with any proper nouns or other words that would normally be capitalised.

The opposite of sentence case is called title case. We use sentence case because most people find it easier to read – especially on screens. So:

It's easier to scan, it looks less spammy, and feels more friendly.

Note: Even though the style is called 'sentence' case, titles written in sentence case don't have to have full stops or be a proper sentence.

In this sentence the capital letters interrupt the movement of your eyes from one word to the next:

Ryan Bromley, Marketing Content Coordinator at Zengenti, takes a draconian approach to the mechanics of writing.

Removing the capitals makes the sentence far easier to read:

Ryan Bromley, marketing content coordinator at Zengenti, takes a draconian approach to the mechanics of writing.

You should capitalise a job title is when it comes before a person's name. In this case it is either part of an official title or is replacing their first name and therefore forms a proper noun. Take these two sentences:

Theresa May met Donald Trump, the president of the United States, in Washington.

In the first sentence 'President' is capitalised because it is an official title and is replacing Donald Trump's first name. In the second sentence, the word 'president' is describing what Donald Trump does, so we don't need to capitalise it.

The names of programming languages, frameworks or libraries, and proprietary technologies are usually capitalised. But fundamental programming terms and principles are not.

So, in 'Razor view' we capitalise Razor because it's the name of a view engine created by Microsoft. 'View' is not capitalised because view is a common programming term.

Some people also get tripped up by capital letters in the middle of names of languages and companies. This is known as camel case. Common traps like JavaScript, jQuery, and YouTube are always worth checking when you're proofreading.

If you're in doubt about a term, check Wikipedia or another reliable source such as MDN.

Generally, acronyms and initialisms should be fully capitalised. These common web development terms, for example, should always be capitalised:

However, sometimes minor words in acronyms aren't capitalised. These are usually articles such as 'a', prepositions like 'as' or 'on', and the conjunctions 'and' or 'of'.

You can see this in acronyms like SaaS (Software as a Service) and DDoS (Distributed Denial of Service).

Some acronyms, like JBOD (Just a Bunch of Disks), omit one minor word and capitalise another.

And a few, like NoSQL and npm, don't seem to follow any conventions of the English language.

Most of this is pretty arbitrary and comes down to whatever convention the creators or early users of the term settled on. So once again, if you're in doubt, it's best to check Wikipedia or MDN.

A lot of people panic when writing about software in blogs, user documentation, or proposals. However, if you follow the basic rules of only capitalising proper nouns it's quite straightforward. The easiest way to tell the difference between a proper noun and a common noun is that a proper noun refers to a specific thing.

Open the application in your browser.

Open the application in Firefox.

In the first example, ‘browser’ is a common noun because it is non-specific – it refers to any browser. The second sentence refers to a specific browser, Firefox, which is a proper noun.

When referring to button text in a user interface, capitalise words if they are capitalised in the button (e.g. Save, Submit & Approve). Our internal style guide for user documentation also states that button text should be bold. For example:

Press the Content Types & Entries button in the sidebar.

Features, like content types and entries in Contensis, shouldn't be capitalised except for when you are writing documentation and referring to a button or label in the UI that is itself capitalised.

The names of modules are proper nouns and these should be capitalised, as in this sentence:

If you're referring to modules in general, then 'modules' is a common noun and isn't capitalised:

Contensis can be expanded with several different modules.

What to do next

Capitalisation is a difficult subject and it's an element of writing that continues to evolve. It's impossible to cover every situation where capitalisation deviates from the fundamental rules in just one article. If you're serious about improving your writing, consider these next steps: